A classic Land Rover converted into a fire engine came out on top to win the coveted “Best of Boxing Day” trophy at the Lakeland Motor Museum’s Classic Drive and Ride In Day.

It beat off competition from around 150 vehicles which attended the popular event to be declared the most impressive example on show. 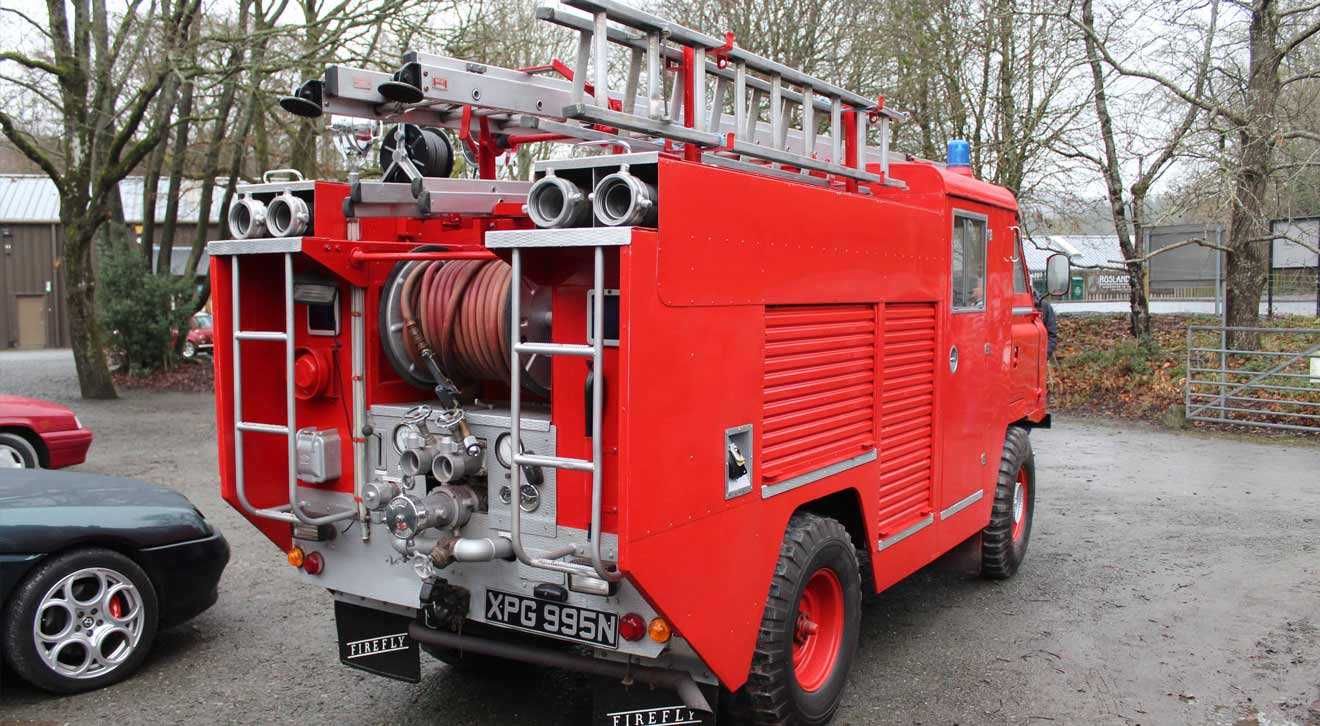 The 1969 Land Rover 2B Forward Control was originally built for the British Army. But it was sold off in 1974 when it was road registered and went on to be used as a site fire engine by the agricultural machinery giant Massey Ferguson. It was converted into a fire engine by HCB Angus.

It is now owned by 26-year-old Kieran Hall from Ulverston who was among the scores of people who attended the traditional Boxing Day gathering at the Lakeland Motor Museum.

“It was a lovely day out made even nicer by going home with a trophy,” says Kieran who has only owned the fire engine for around two months.

“I’ve always liked Land Rovers. A relative of mine was mad about them. I used to go round and ride around in them. I also have an ambition to be a firefighter so this is a dream vehicle really!”

Kieran takes home the Best of Boxing Day trophy which is something of a classic itself. It was created from a vintage Hohm engine that was part of the Museum’s reserve collection. It was cleaned up, mounted on a wooden plinth and turned into the trophy. 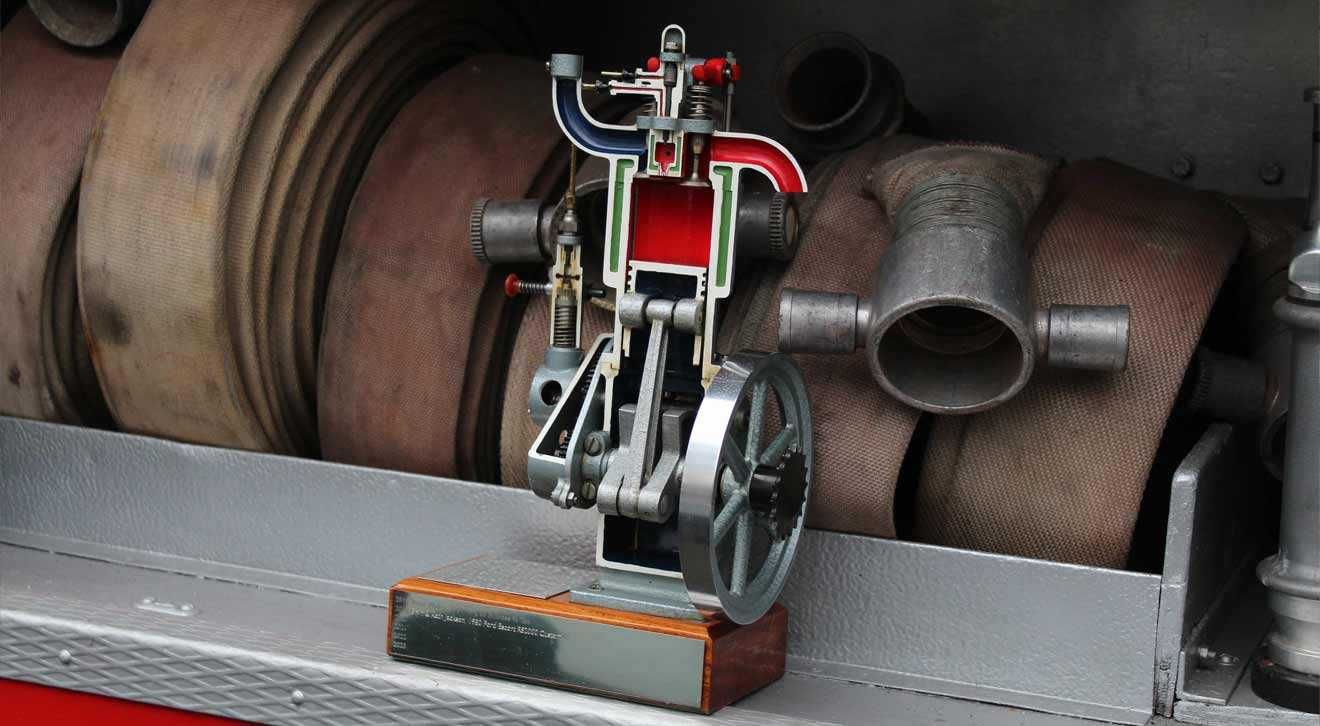 The Lakeland Motor Museum Operations Manager Chris Lowe says: “It was nice to see a younger enthusiast like Kieran getting involved with the classic vehicle hobby. His Land Rover 2B is a very well-preserved example and stood out amongst a great collection of other vehicles.” 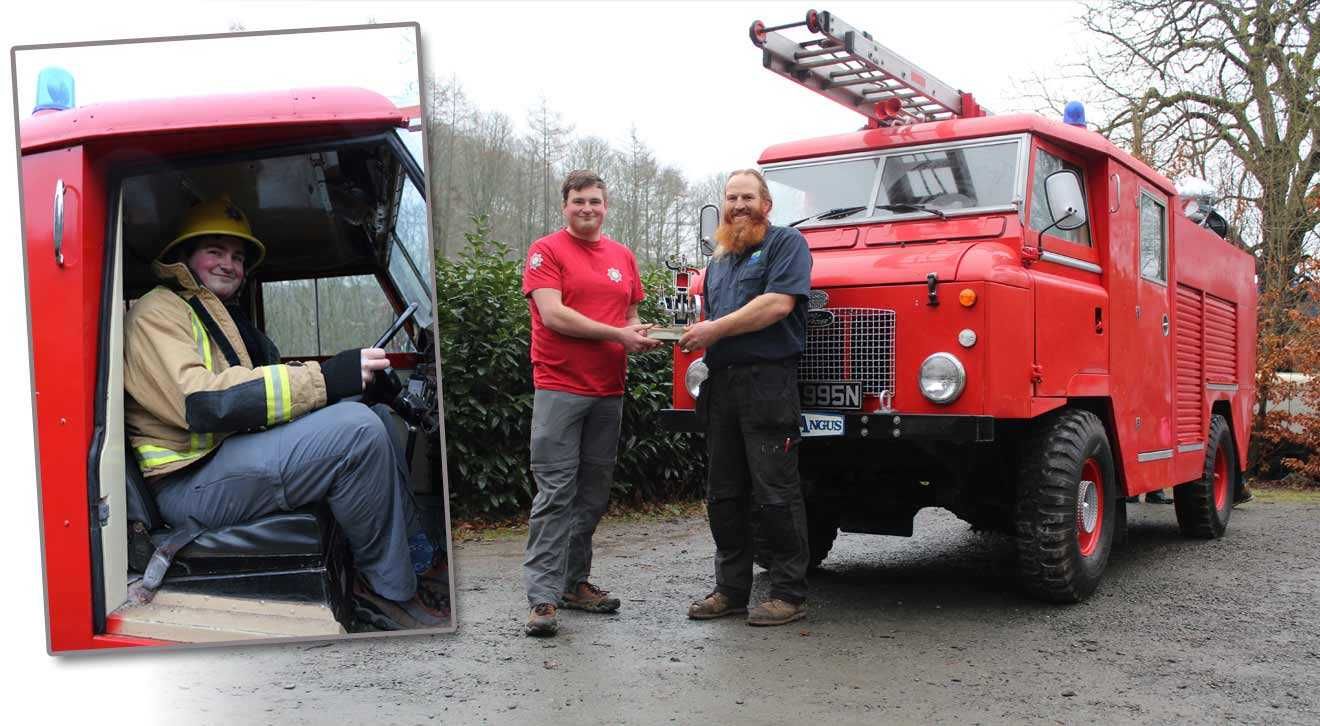 The Boxing Day Classic Drive and Ride In Day is open to owners of classic cars, trucks, vans and motorbikes, as well as more recent hot hatches, superminis and high-performance sports cars. 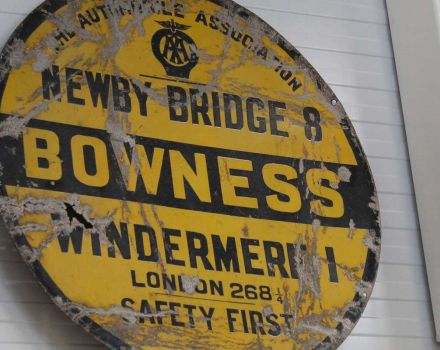 Even the smallest items can spark great memories