Many of us enjoyed a UK Staycation this summer and rediscovered the beaches nearer to home. There’s no better time for a nostalgic trip back in time to the seaside..

There’s a real fairground attraction in our collection in the shape of a 1930’s dodgem car.

For many years it brought joy to holidaymakers at the New Brighton Fairground, near Wallasey, on Merseyside. 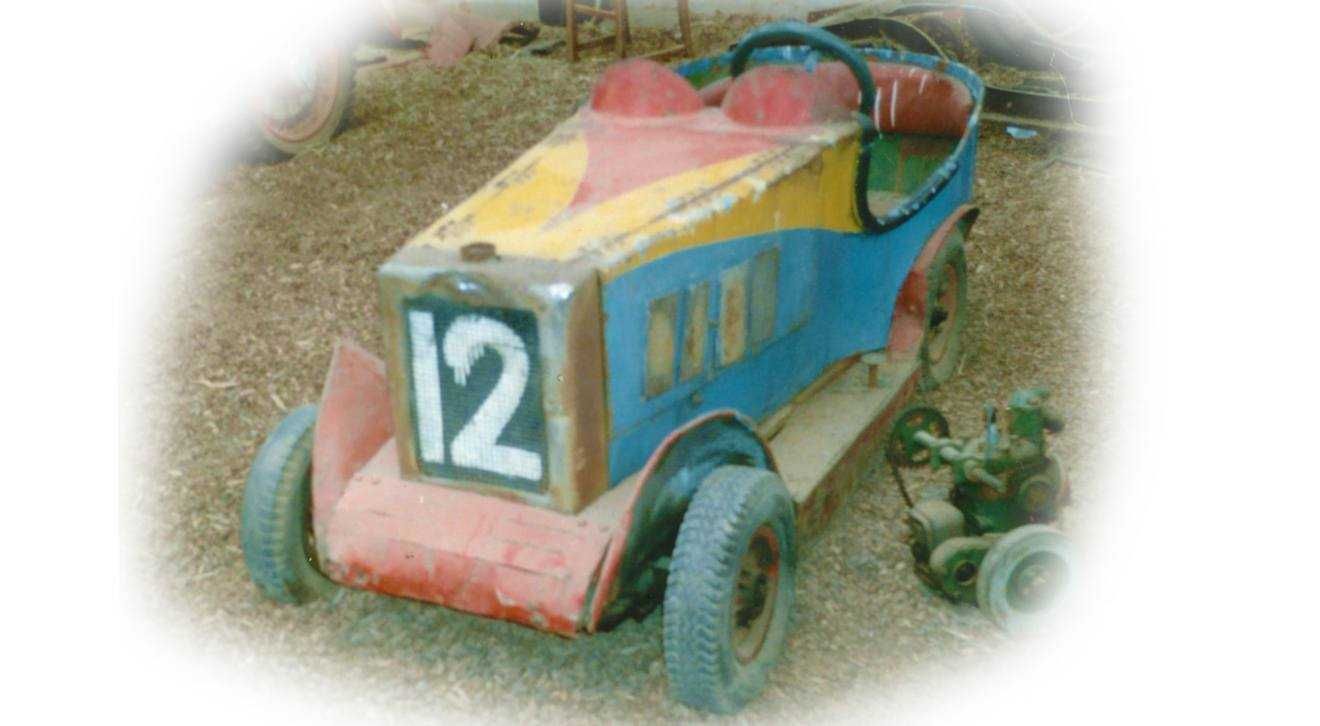 Designed to look like an early MG race car, a large fleet of these little cars were used on a concrete racetrack there and also on a wooden track at the resort of Southport (where these wonderful black and white holiday snaps were taken). 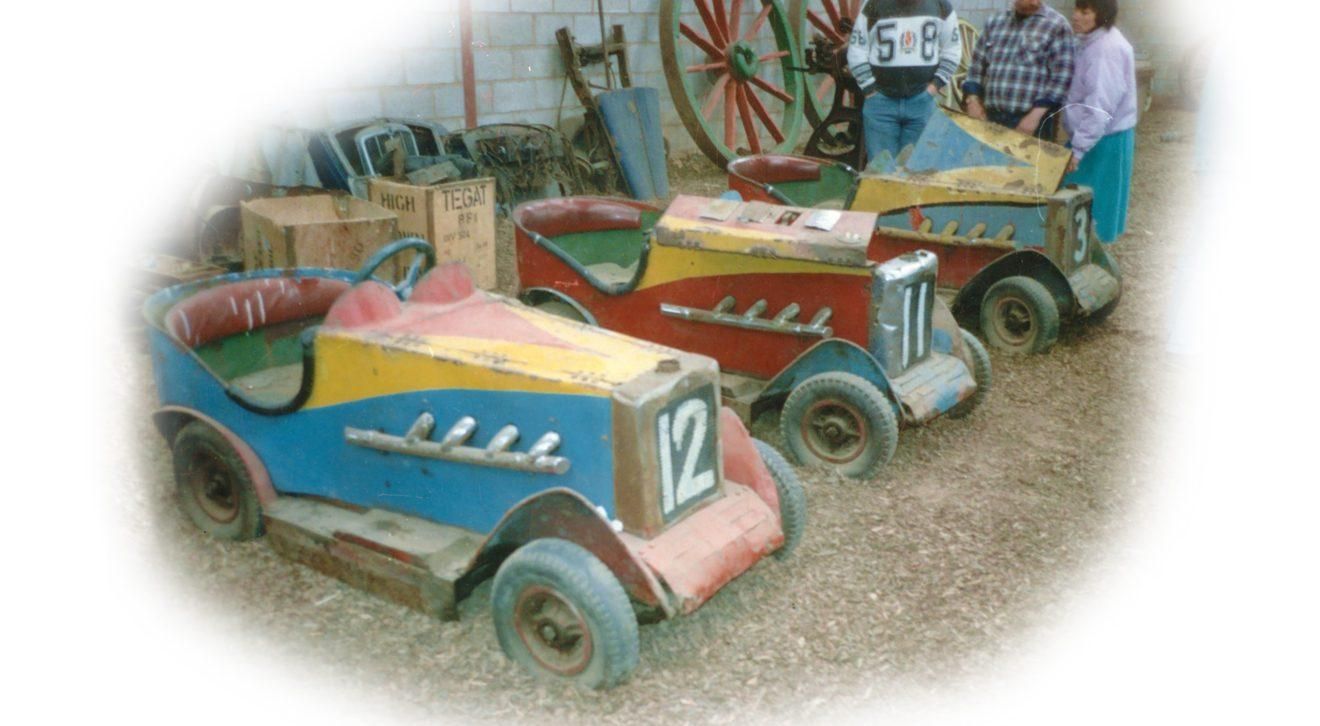 Before the well-known electric powered “bumper cars” came into popularity these sturdy, well built cars were driven around the tracks at a top speed of 5mph.

But bumping into things was not encouraged. Attendants would keep a close eye on drivers and stand on the running board mounted brake to bring the car to a stop if you were misbehaving or your time was up. 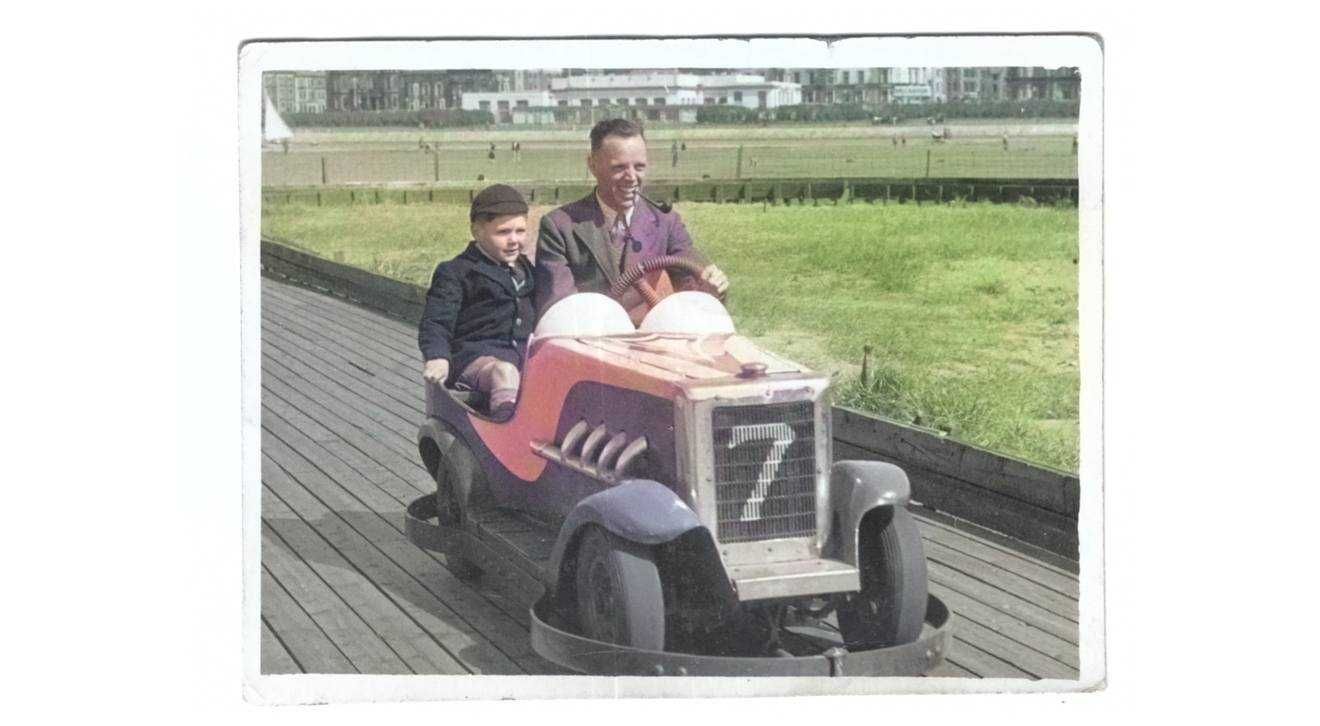 We bought this example in 1990 and as you can see from the pictures it was in a pretty sorry state. It was one of three examples saved from a farm building where they had been stored after being taken out of use in the 1960s.

After careful restoration it has become a popular exhibit at the Backbarrow attraction – sparking many memories of seaside holidays.

In its day it was powered by a Stuart Turner marine-type single cylinder engine often used in pleasure boats. 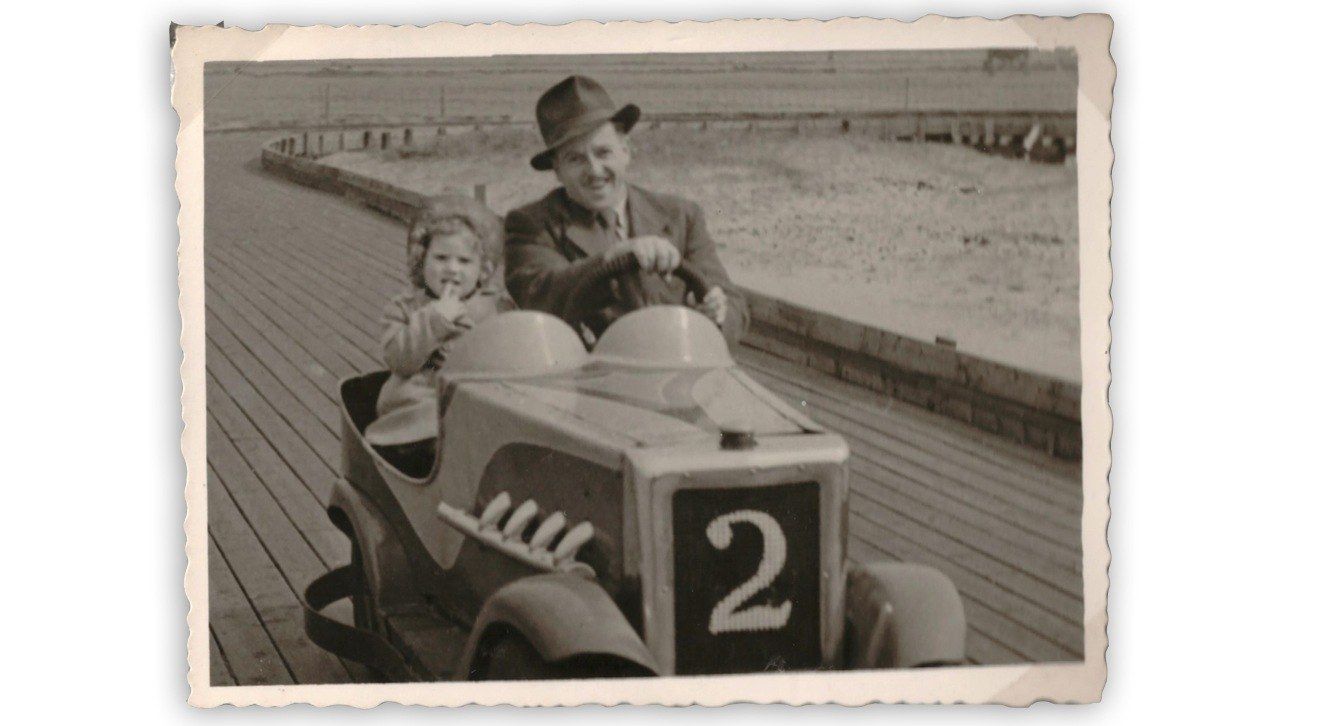 The little cars were very popular among the crowds of visitors who flocked to New Brighton and Southport from Liverpool and Lancashire’s industrial towns. At New Brighton there was a tower, a ballroom, a pier and an outdoor swimming pool.

But no trip to the seaside was complete without a ride around the racetrack on the colourful little cars which were a real fairground attraction. 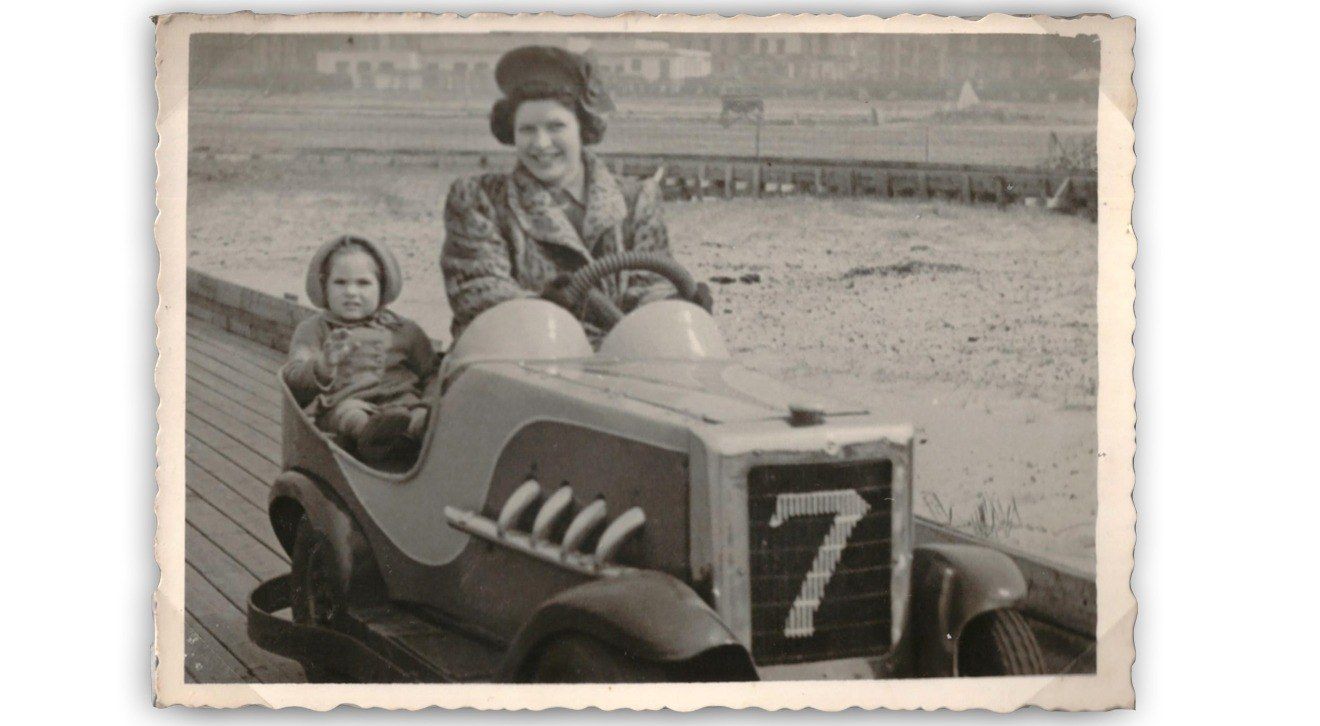 *Thanks to http://www.kinolibrary.com on Youtube for this clip of Peter Pan's Playground in the 1950s. It gives a fascinating insight into a traditional seaside funfair.

📷: Thanks to Neil Wood for the black and white photos of Peter Pan's Playground, Southport 18th April 1947.