The sight of a vintage MG sports car, in British racing green, has melted the hearts of many. And the example on display in our museum is a prime example of the MG’s ability to stir memories, nostalgia and emotions. 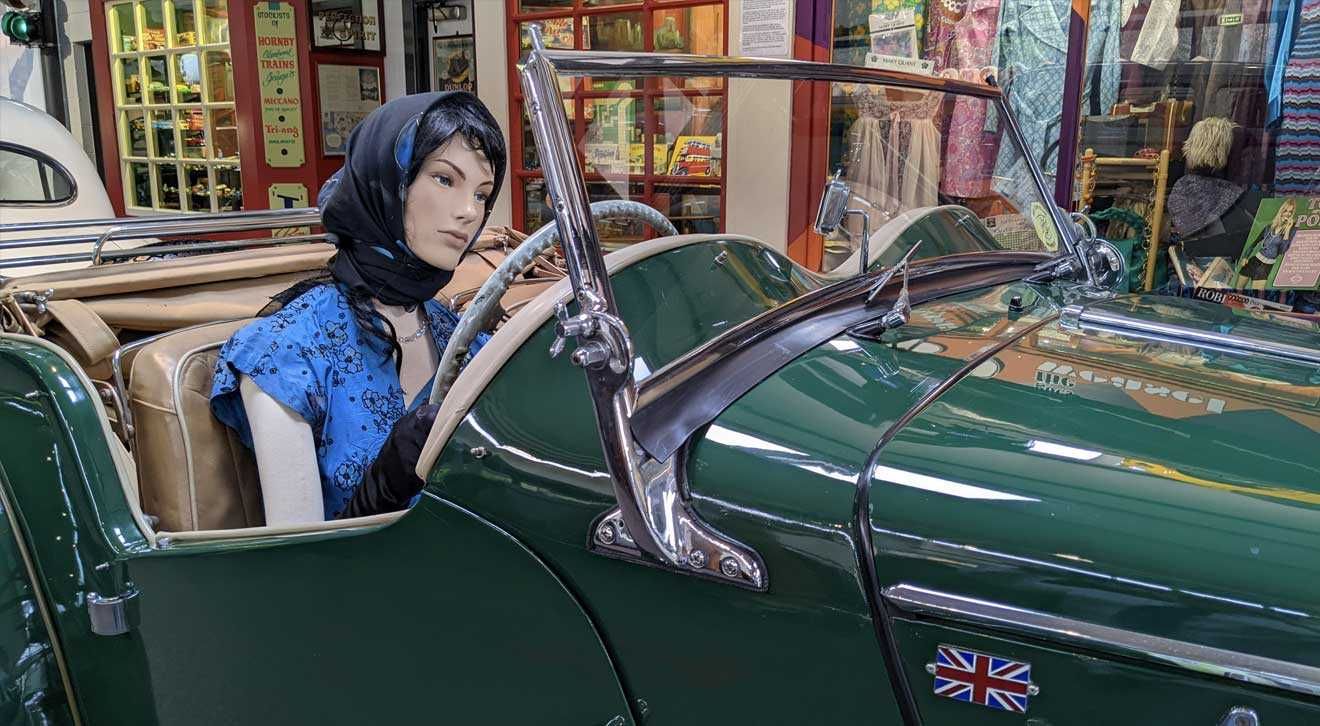 You can’t walk past it without getting the urge to put on your driving gloves, wrap a silk scarf around your neck, and take to the leafy country lanes of a British summer! 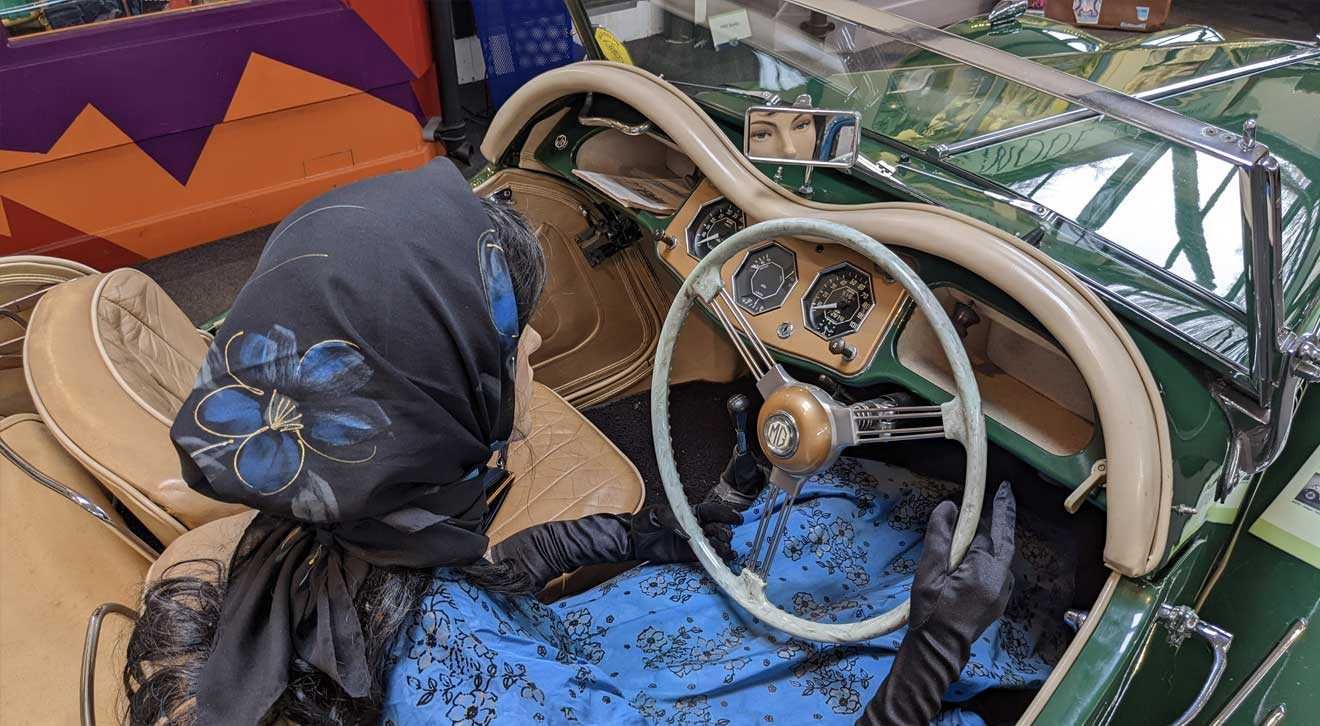 Our example of MG magnificence is a 1954 MG TF 1250. It was perhaps the most desirable of MG’s post-war T types.

It has a 1250cc four-cylinder engine, a four-speed gear box and a top speed of around 90mph. 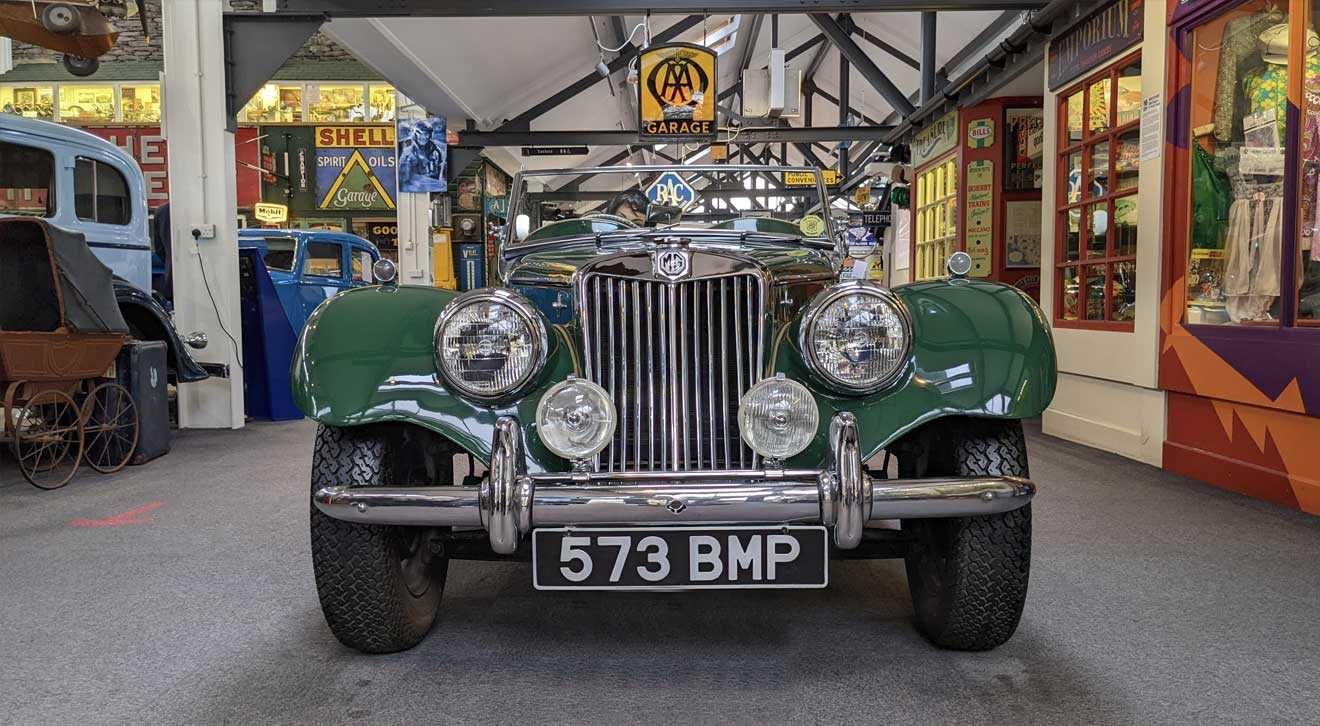 There are a few quirks – the instrument panel is placed centrally. That was to allow for both left- and right-hand versions to come off the production line. And if you look closely, you will see a dummy radiator cap sitting proudly at the front of the bonnet. It was for styling only. It actually uses a pressurized cooling system with the functional cap located under the bonnet. 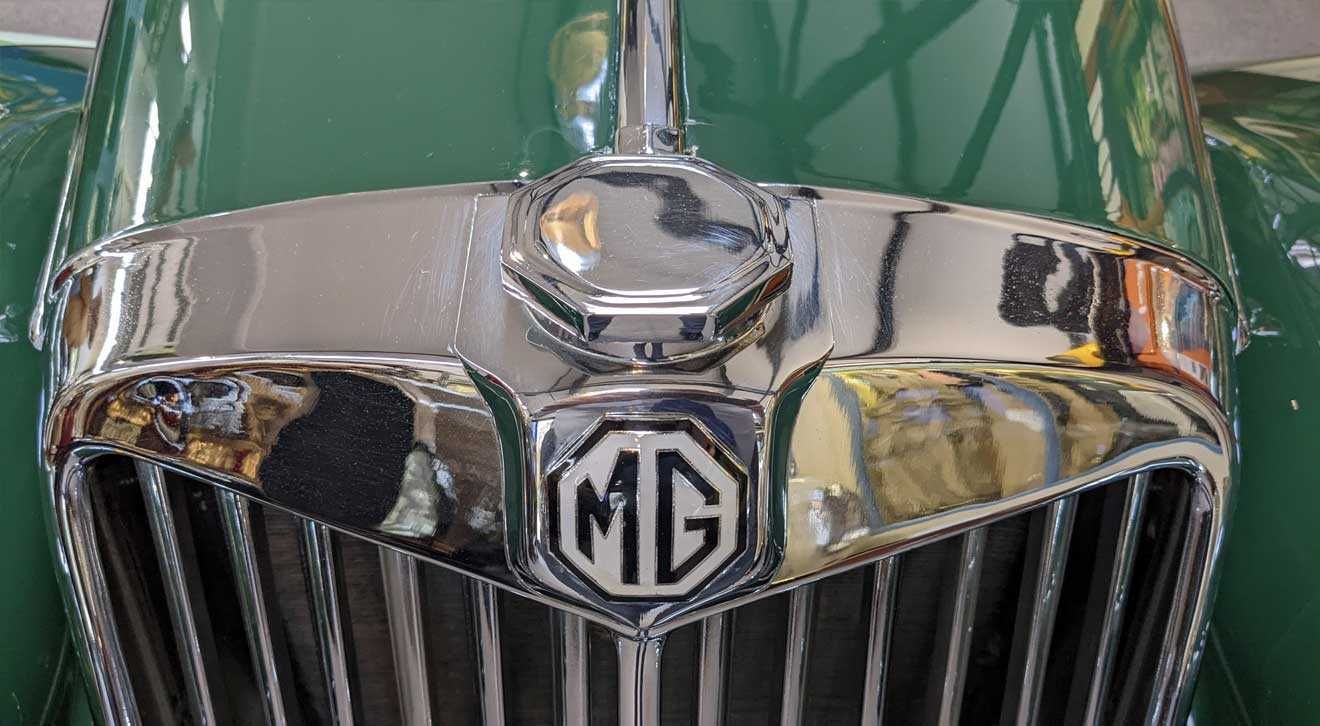 The first ever MG was constructed by Cecil Kimber using a Morris Oxford chassis with a Hotchkiss 750cc engine. The first MG Midget appeared in 1928 and developed into the M type which was phenomenally successful.

MG’s approach was to build cars that could withstand hours of high-speed competitive testing and then incorporate the design specifications into sports models for public use. 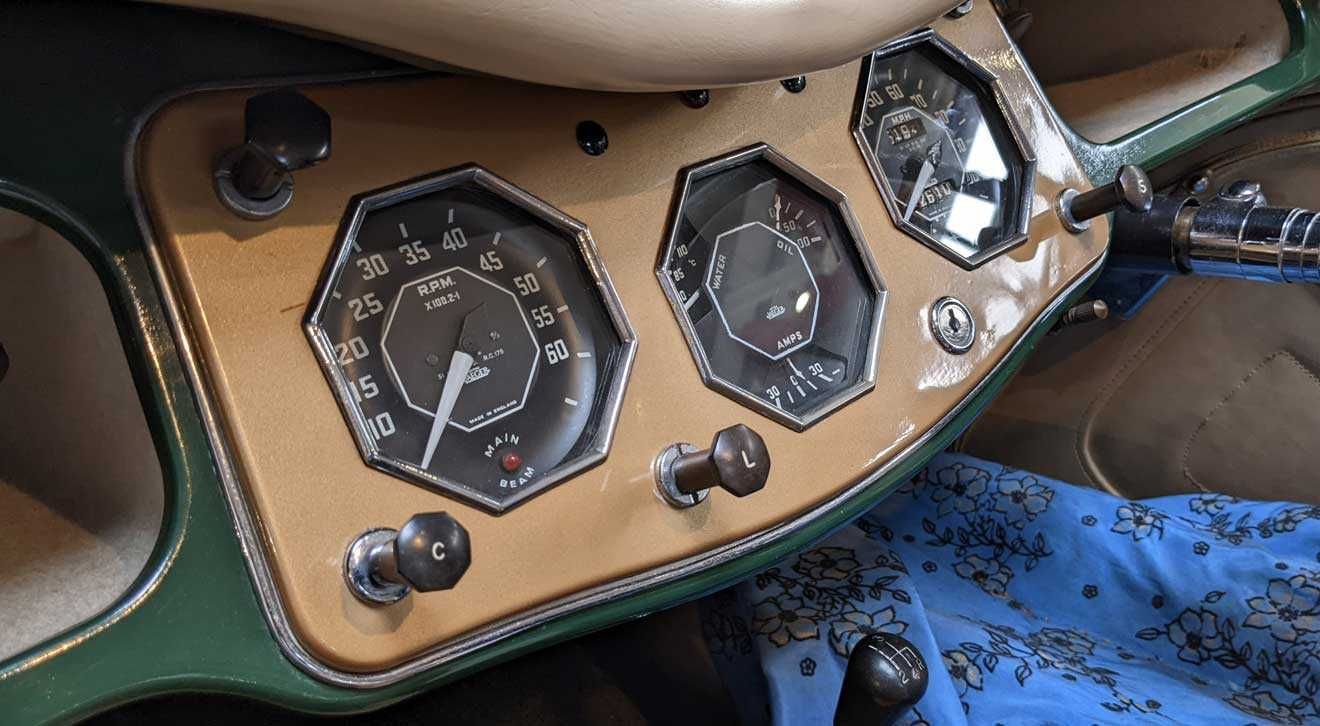 The company has always been known for two-seater open-top sports cars. But it also built coupes and saloons.

The T series was exported worldwide in the years after World War Two and is regarded as a beautiful little British car with a big ability to turn heads. So, take a trip to the Lakeland Motor Museum and let your mind travel back in time to an era when the little MG was the big star of the sports car world.

From the passenger seat 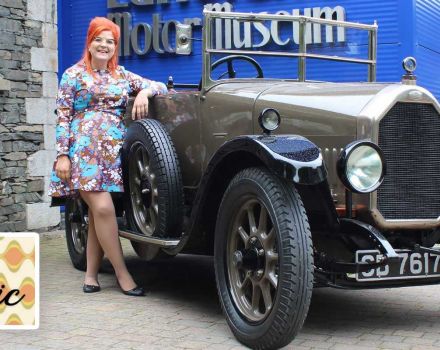