Missing the Isle of Man TT? Get your fix at Lakeland Motor Museum

Motorcycling fans who missed the Isle of Man TT Races this year can get their Superbike fix with the Lakeland Motor Museum’s special tribute to the legendary racing event.

The Museum’s Isle of Man TT collection tells the story of this special annual event with a hall of fame, video displays and a timeline tracing its history from 1907 to the present day. TT legend John McGuinness even loans some of his two-wheeled speed machines to the display.

*Pictured - John McGuinness in front of the Isle of Man TT display.
*Logo- By http://www.iomtt.com/, Fair use, Link 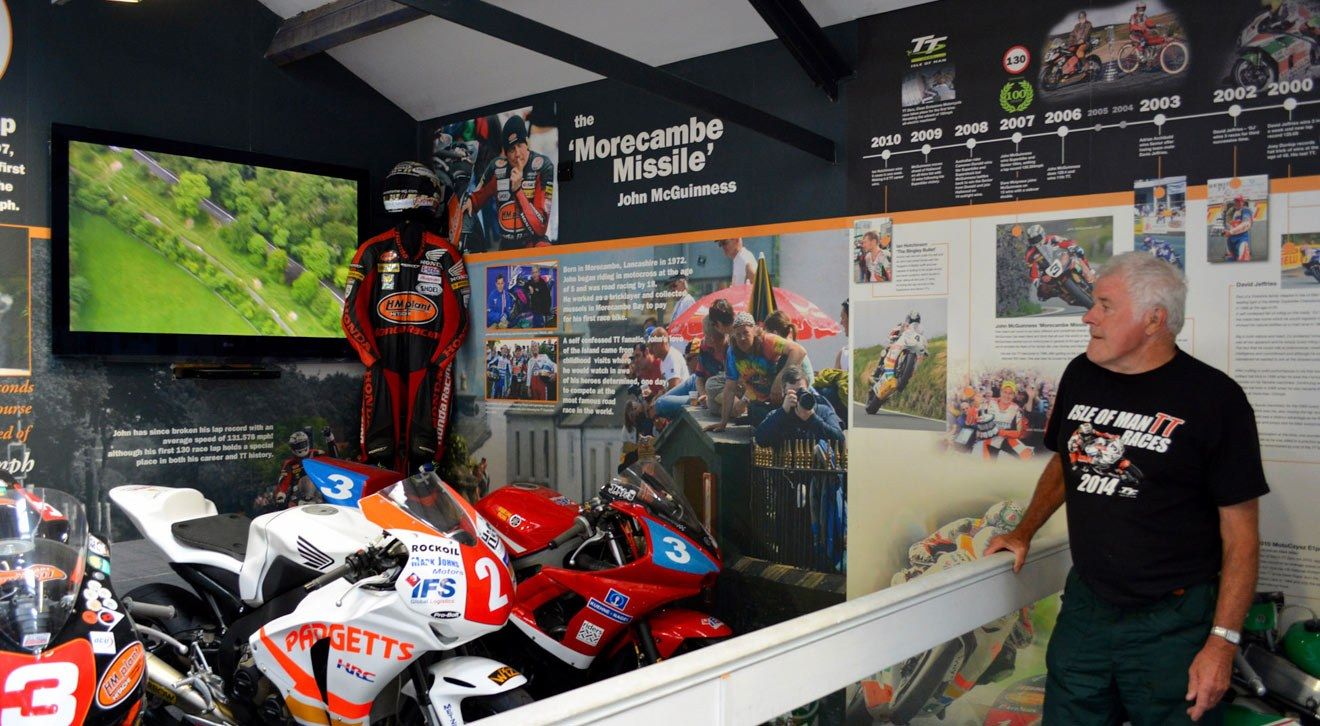 John McGuinness, also known as the ‘Morecambe Missile’, was the first man in the TT’s illustrious history to break the 130mph lap record and is one of the most successful Isle of Man TT racers of all time.

The leathers he wore during that historic lap are currently on display at the museum. 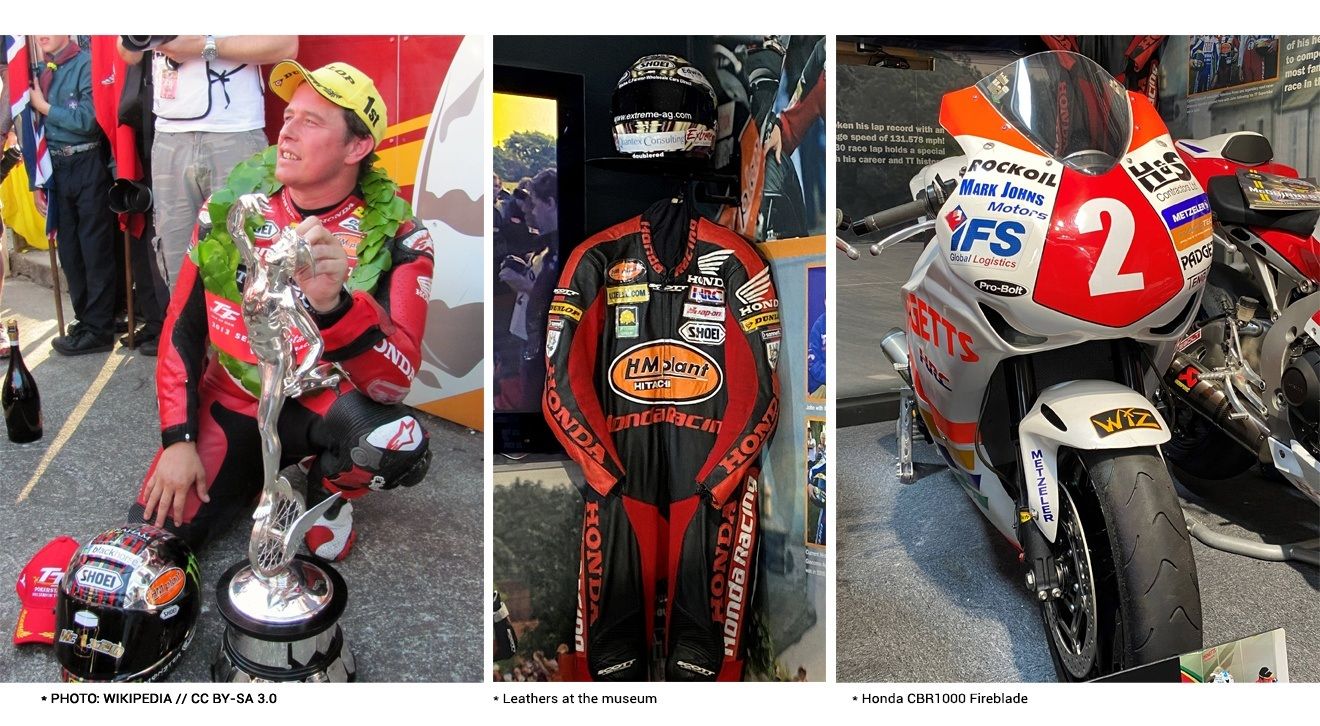 These magnificent machines are among a diverse range of Superbikes on show at our ground floor and first floor exhibition halls, including the Honda RVF750, known as the RC45, which is one of only 200 built and sold worldwide.

Able to reach a top speed of 160mph and covering a ¼ mile in 11.1 seconds, it is remembered as one of the best-made Honda motorcycles and most desirable Superbikes of the 1990s.

Other models include the 1985 Ducati 900 2S and the 1991 Ducati 851 SP3, which are Italian models renowned for their style, engineering and performance.

Among the other ‘must see’ exhibits for motorcycling fans are an extremely rare collection of AJW motorcycles from the 1920s and 30s. Further exhibits include bikes by Norton, Suzuki, Lambretta, Ducati and Triumph just to name a few. New models will continue to be added regularly.

See more of our motorcycles on display