Tiny car is one of our biggest attractions

They say good things come in small packages – and there is an exhibit in our collection which proves the point.

It’s called the Peel P50 and it’s the smallest production car ever made.

The three-wheeled microcar was originally made by the Peel Engineering Company on the Isle of Man between 1962 and 1965.

At that time, only 50 were made and they retailed for around two hundred pounds. So, what did you get for your money?

It was designed as a city car and marketed as being capable of seating one adult and a shopping bag. It was street legal with a single headlight and windscreen wiper and one Peel P50 was famously featured on the BBC’s Top Gear programme when Jeremy Clarkson took it to work and drove around his BBC offices.

Our Peel P50 was loaned to us by long-time supporter Gordon Fitzgerald from Kendal who sadly died earlier this year.

Gordon, who ran a barbers and electric shaver repair centre in Kendal, had a collection of three-wheeled vehicles including the Heinkel Trojan, a Messerschmitt and even a very rare British three-wheeler, appropriately named The Gordon, which was only built between 1954 and 1958. 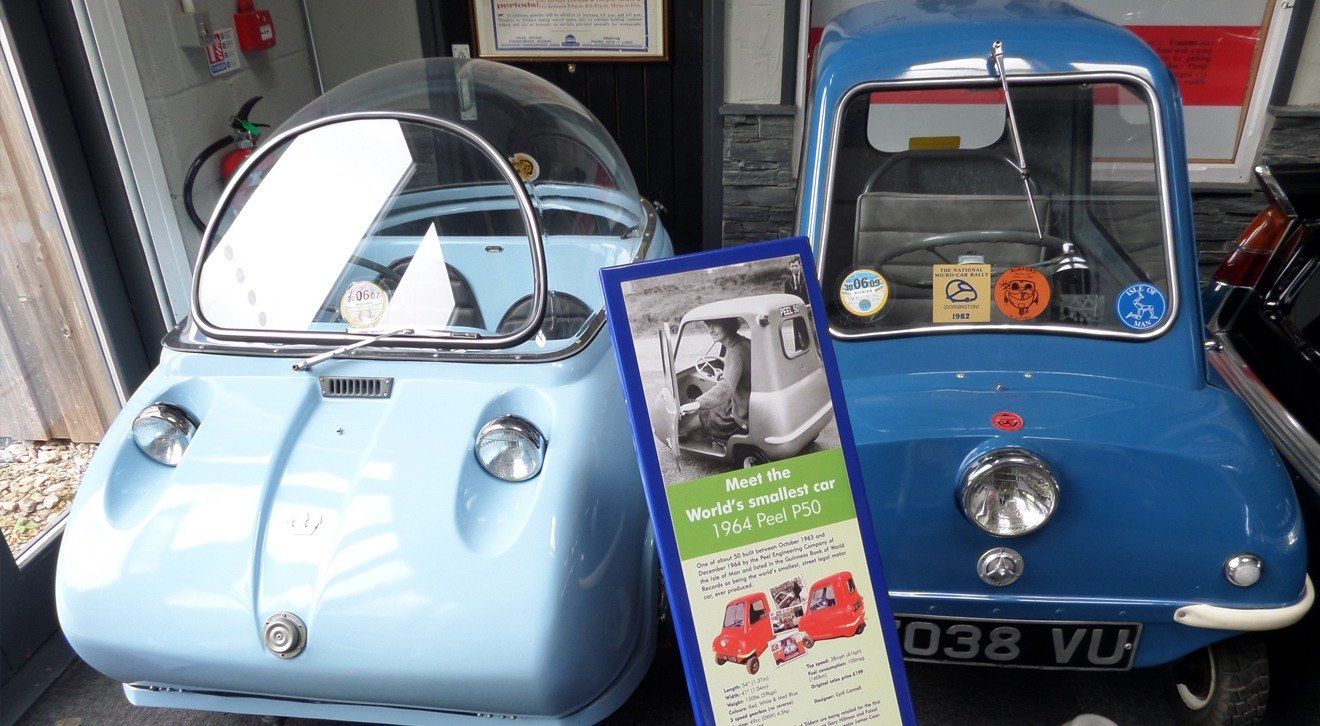 Despite the P50’s diminutive stature you’d be surprised how much room is available inside. Chris Lowe, Operations Manager at Lakeland Motor Museum, is well over six feet tall – but as the photos show – he fits inside relatively easily. But its fair to say a long journey would probably prove rather uncomfortable!

In 2010 Peel Engineering secured funding after appearing on the TV programme Dragons’ Den and started to put revised models into production. Petrol and electric models are hand-built to order for domestic and export markets. It seems the smallest of cars remains a big hit. 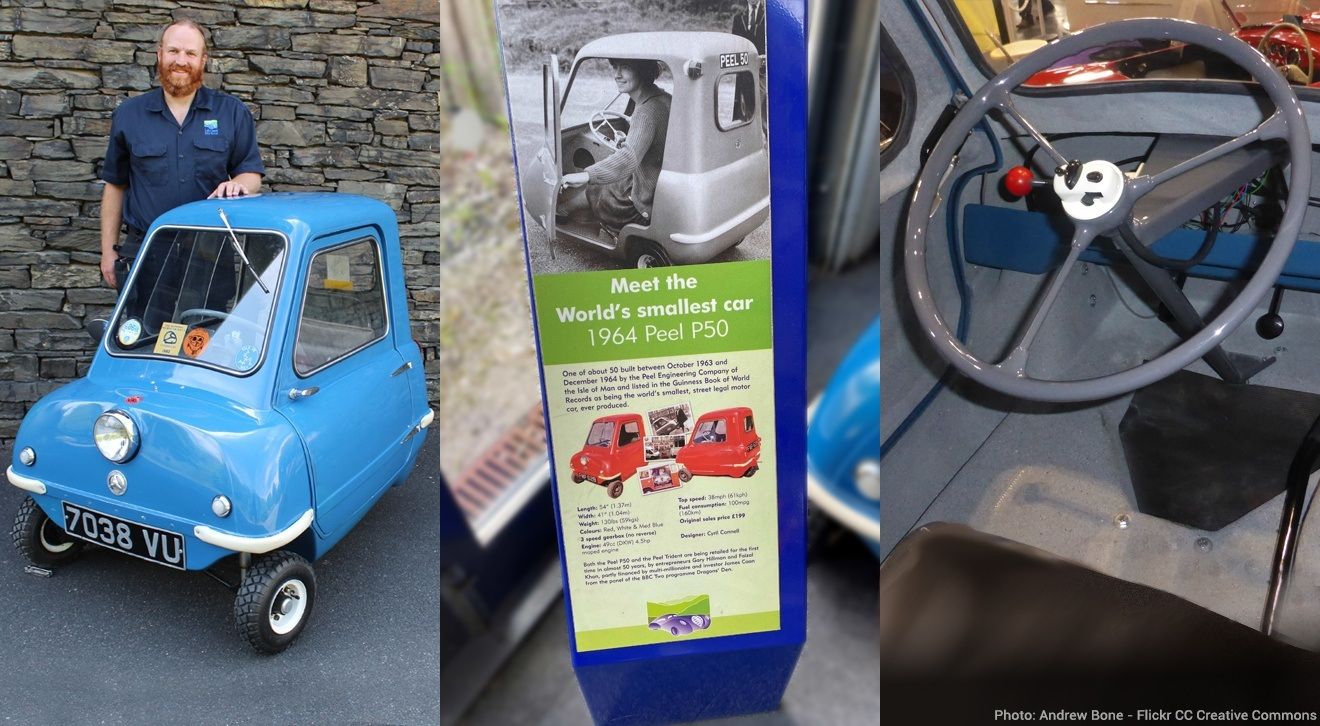 Where in the museum?

👁️ You can find this Peel P50 in our ground floor exhibition hall near the back of the museum.