For a vehicle with such a British name – the Dennis fire engine on display at the Lakeland Motor Museum has spent relatively little of its lifetime in its home country.

Built by the Dennis Brothers company back in 1927 – it spent its operational life thousands of miles away in South Africa.

It’s at the smaller end of the Dennis range and is known as a “250 Gallon” model after the amount of water it can pump in a minute.

Soon after it was built it was exported to the Benoni Fire Brigade in Johannesburg, South Africa, for a price of eight hundred and seven pounds and ten shillings. It had an electric self-starter and, originally, foam extinguishers.

Following its service lifetime, it was preserved in The Scharinghuisen Collection in Ladysmith, part of the largest collection of preserved vintage vehicles in Africa, before returning to the UK in August 2000.

At some time during its operational life the original foam extinguishers were replaced by four 3 Gallon water extinguishers.

This example doesn’t carry any large amount of water. The extinguishers are used upon arrival at a fire while the white suction pipes are connected and put into a stream, river or pond.

When pumping water the engine could overheat due to too little airflow through the radiator. To counteract this – part of the pumped water is fed into the engine and radiator to ensure it was kept cool.

Unfortunately, there was little in the way of filtration involved and when the fire engine arrived back in the UK its radiator tubes were completely blocked with fine river silt from South Africa.

👁️ View this vehicle on our ground floor exhibition hall near the main entrance.

Although the name Dennis is strongly linked with fire engines – the

Dennis Brothers company, in Guildford, was originally founded as bicycle

manufacturers and retailers. They then moved into car production but 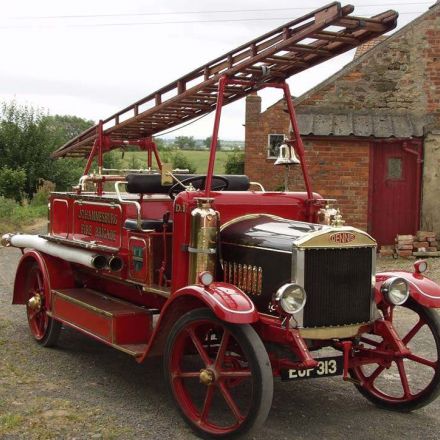 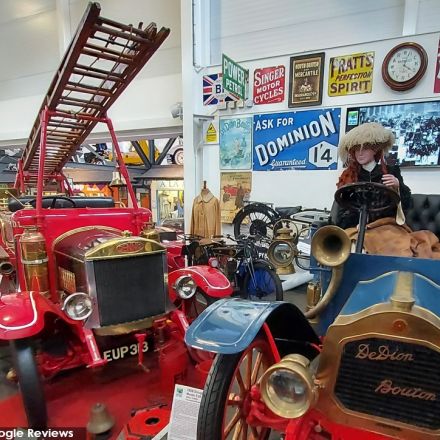 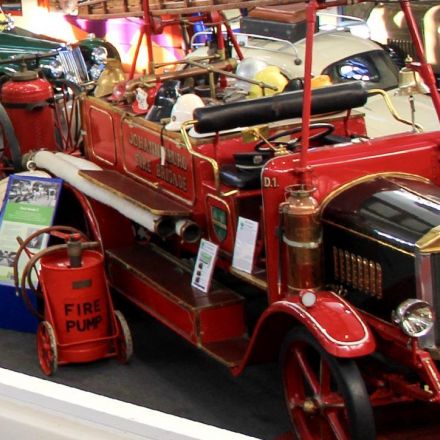 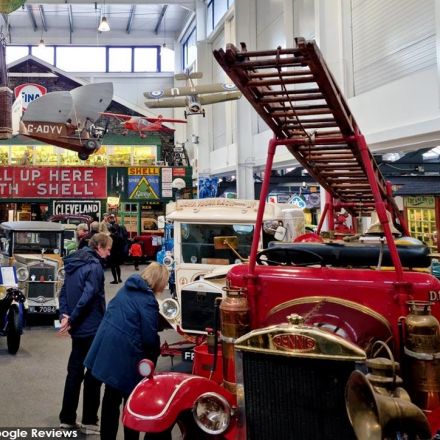 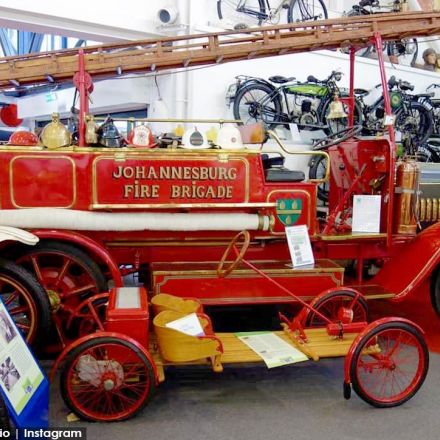 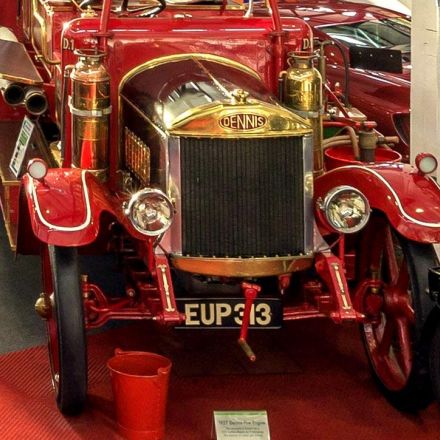 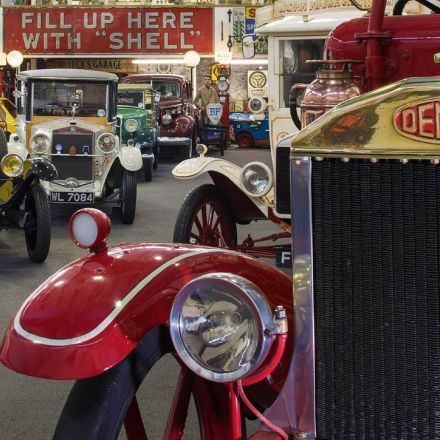 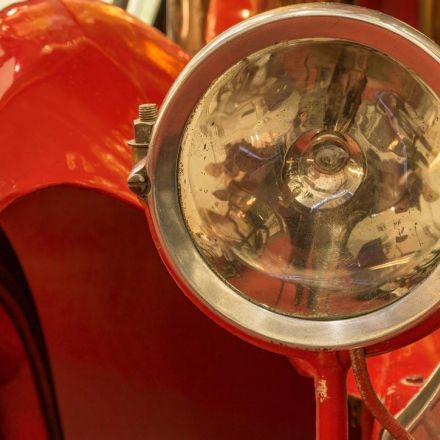 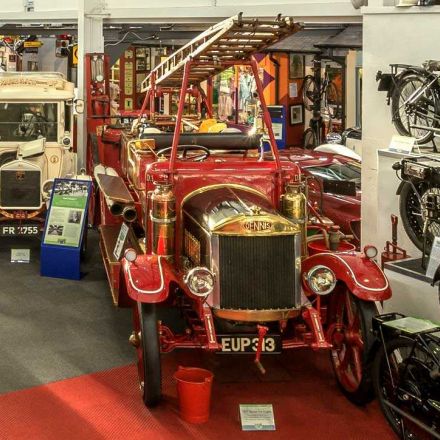 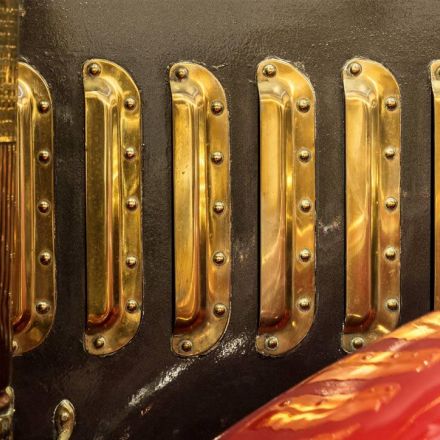 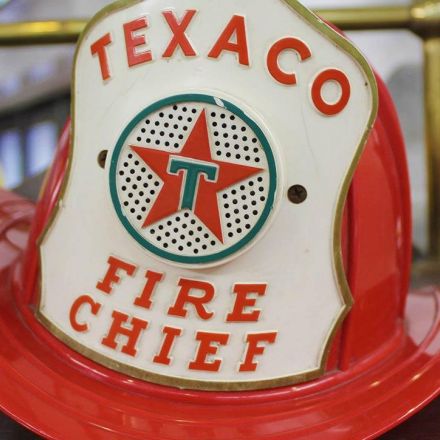 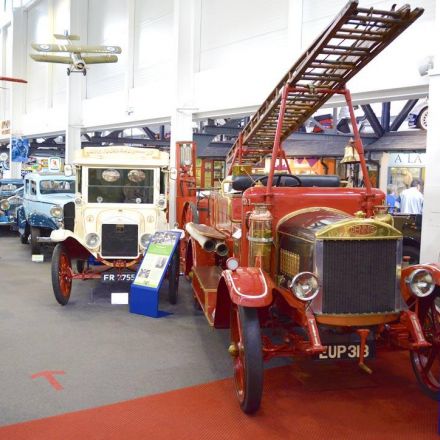 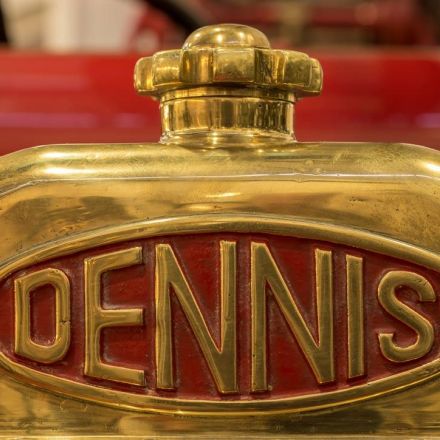 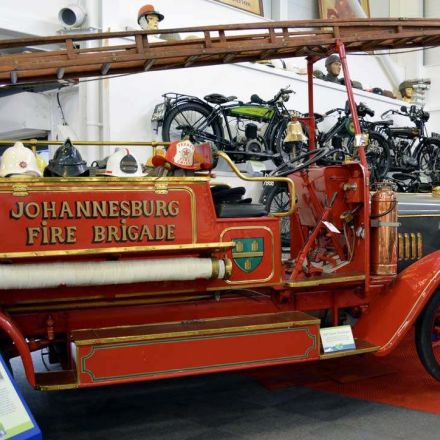 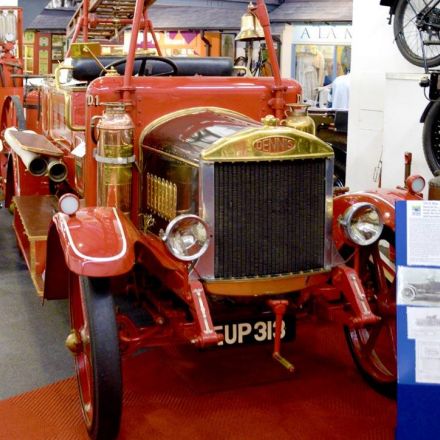 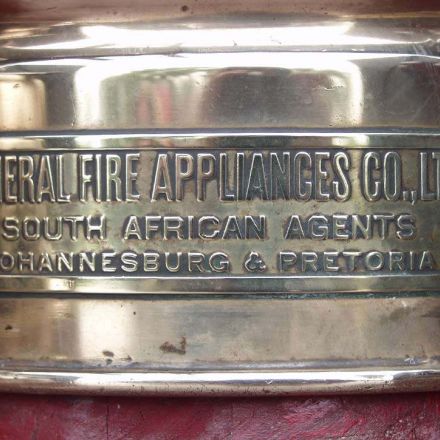 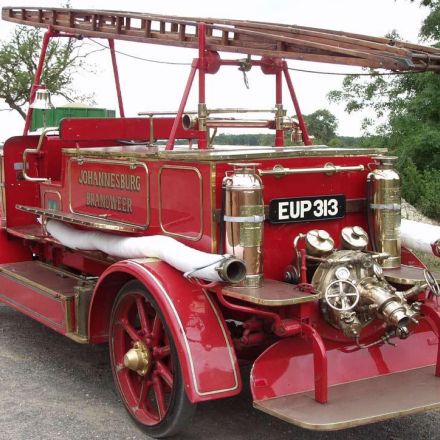