Britain’s early motoring designs and manufacturing were mostly behind European products due to the UK’s "Locomotives on Highways Act 1861" that limited speeds and required a vehicle to be preceded by a pedestrian waving a red flag. When the act was repealed in 1896, the British car and motorcycle industry began in earnest.

By 1902 - when the name Kerry was chosen by the East London Rubber Company for its motorcycle offerings - indigenous engines were still lacking, so Belgian FN or Kelecon engines were used. The 1903 Motor Car act raised the speed limit to 20mph, a figure this motorcycle could probably achieve given a good road, energetic rider and a following wind.

The frame is little more than a heavyweight bicycle frame, and the engine only mechanically controls its exhaust valve, the inlet valve relies on atmospheric pressure to open it, when the piston is descending and creating low cylinder pressures.

In 1907 East London Rubber merged with Abingdon-Ecco and Kerry-Abingdon machines were made in Birmingham using their own engine. Later they merged with King Dick Spanner to form Abingdon King Dick (AKD), famous for its tools and spanners.

This motorcycle’s first owner acquired it when he was 18, possibly as a Birthday present. It is still owned by his descendants, the Swift family – who kindly loan it to the Museum. 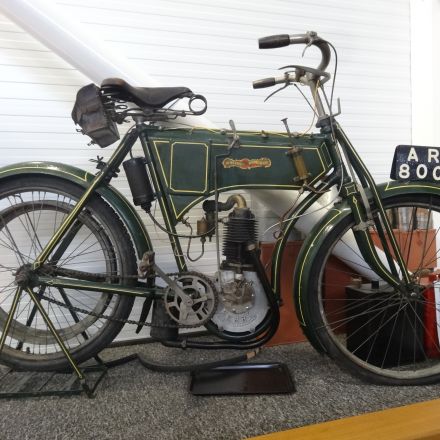 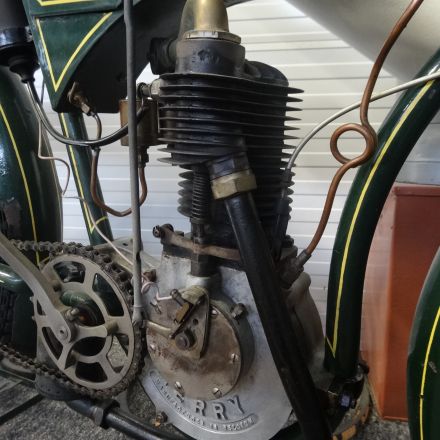 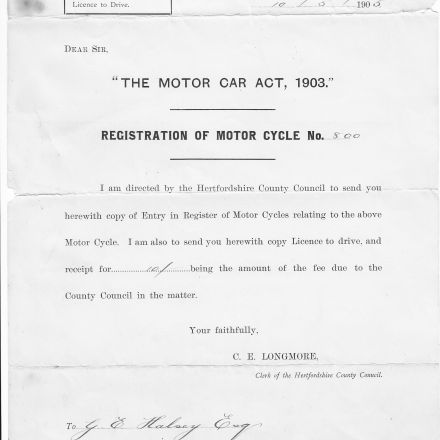